Synthesis
Can we use extreme weather to generate energy so that people can use this energy to trade in 2088?

Toronto x Energy Currency is a speculative project based on four random conditions provided by the instructor, Parantap Bhatt. The conditions include using the following terms in the project: weather weirding, housing, Toronto, intelligent, and 2088. 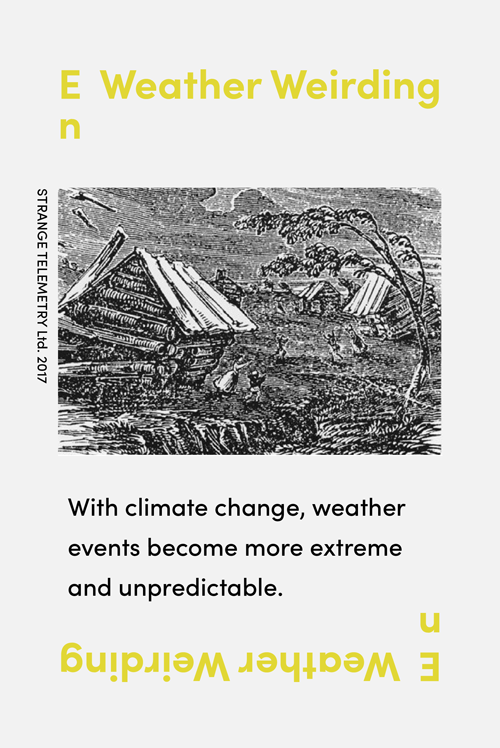 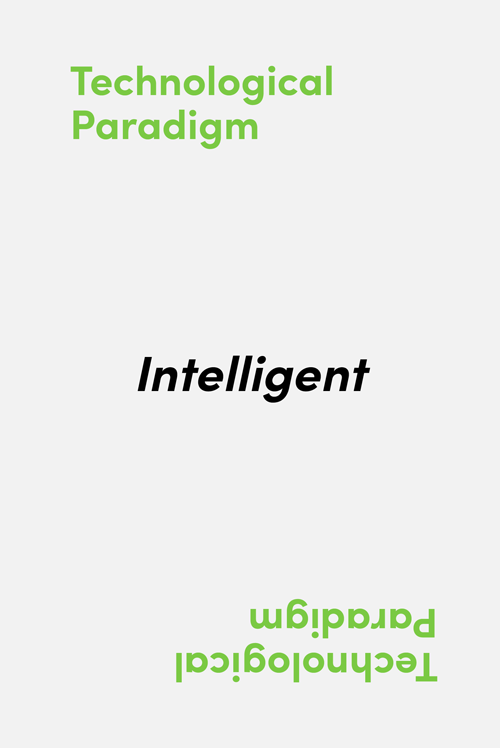 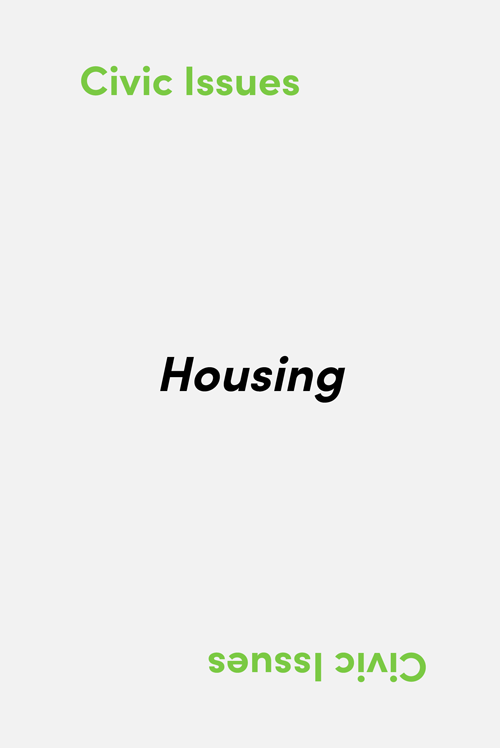 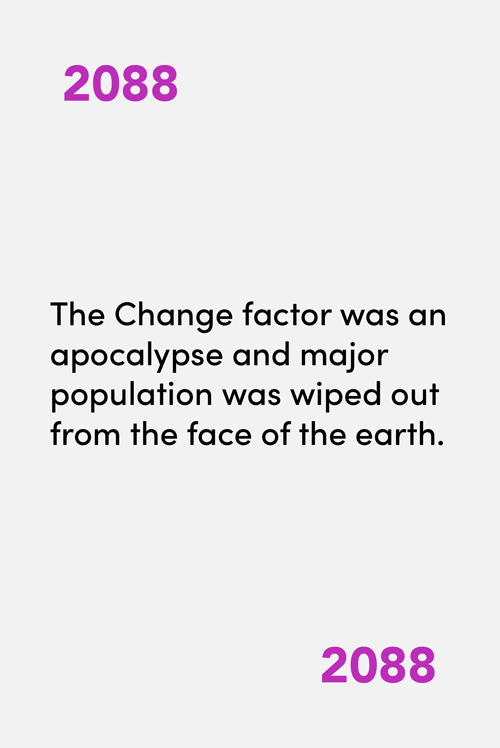 The given change factor was an apocalypse, and the premise was that the majority of the population had been wiped off the face of the earth. Based on this information, my teammate (Kim Do) and I generated a plot for the project.

Connecting the four source cards:
If climate change continues over the next 70 years, Earth will experience a significant rise in temperature by 2088. We started with the idea of combining World War C with wearable housing. According to the plot we generated, after  World War C, the means to survive in the weirding weather is a daily necessity. Concrete houses will not be the only secure shelter available to humans. By using advanced technology, wearable housing will be created. It will be a new definition of a shell and also a way of providing human beings with a safe alternative. 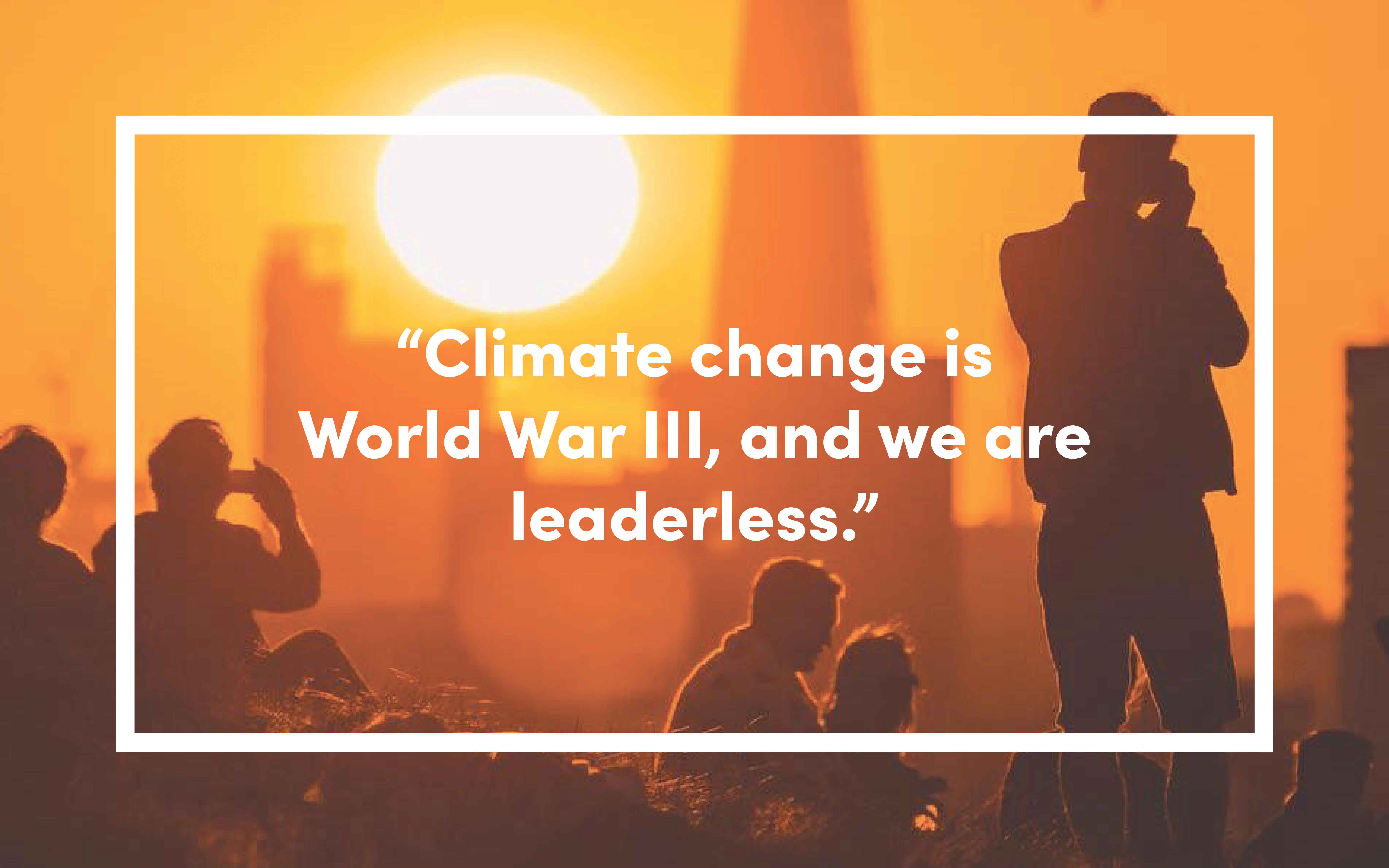 Image source: https://secretldn.com/london-hot-weather-forecast/
This scenario is based on an apocalypse in 2088 and weather weirding as the change factor. Research conducted by National Geography indicates that the three most relevant scenarios that will happen if climate change continues to snowball are “die off,” “collapse,” and “soft landing.” A “soft landing” is when humans find a balance between civilization and the environment, “die off” is when half of the population is gone but civilization as a whole survives, and “collapse” is when the human population drops to zero. We consider the scenario of “die off” as our background to match the source card and construct our narrative from that. 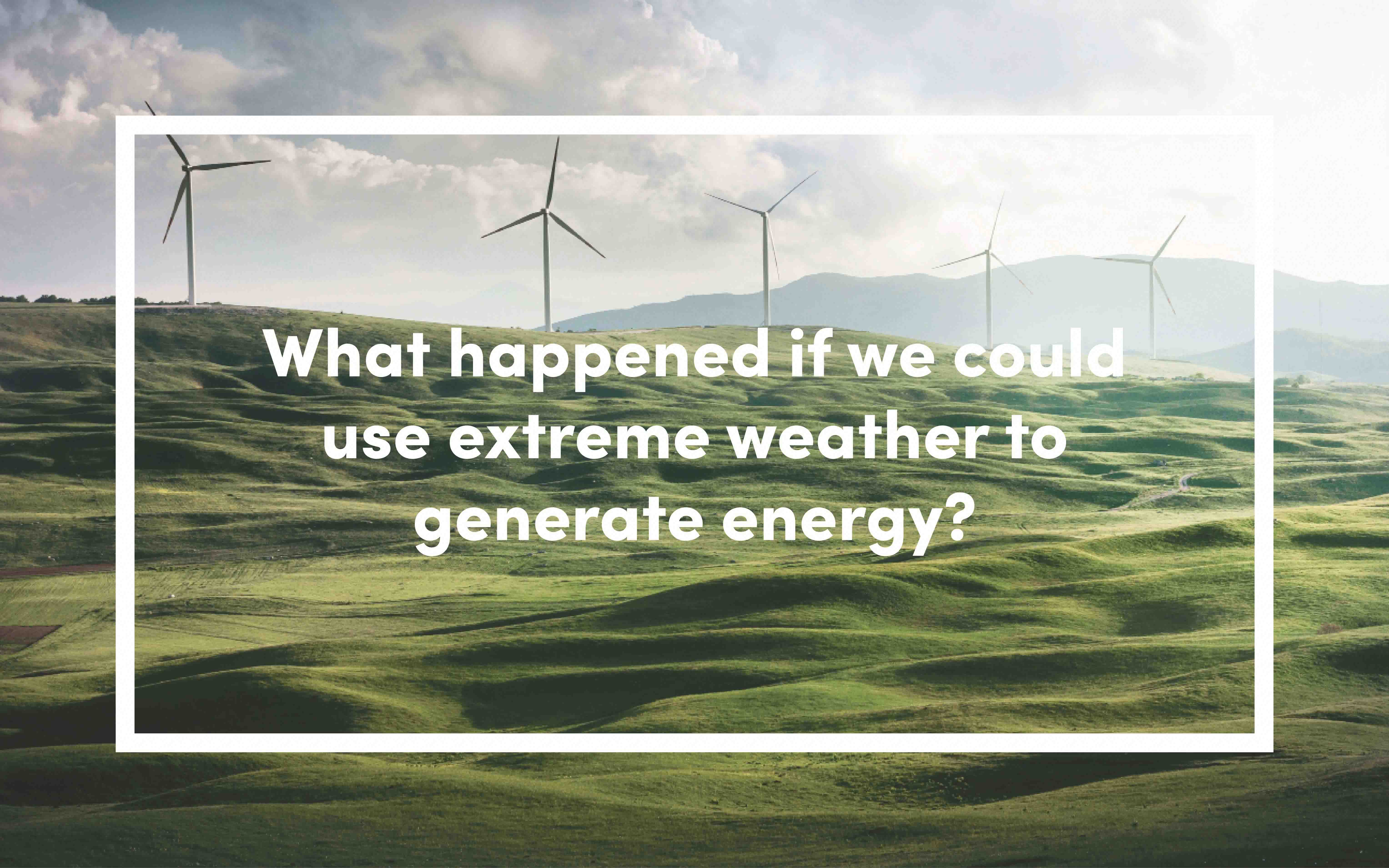 Image source: https://secretldn.com/london-hot-weather-forecast/
Weather weirding creates extreme weather conditions that might be unexpected. Some regions on Earth suffer from strong hurricanes and typhoons; tropical areas have it worse when compared to the northern regions. Humans and animals are enduring more droughts and heatwaves due to the worsening of existing natural disasters.
‍
These changes in the climate and the atmosphere trigger an era that is abundant in renewable energy, thus creating new ways to generate energy by taking advantage of weather weirding as well as by utilizing carbon dioxide as a new source of renewable energy—solar panels produce more solar power, wind turbines create more energy during a strong hurricane, and so on.
On breaking down the structure of Toronto topography, it’s seen that most of Toronto is a plateau with a flatland, which indicates that the weather is more stable than that of the mountain areas with more exposure to sunlight. Furthermore, as Toronto is surrounded by water in the harbor area, there is a high chance of strong winds happening due to sea breezes. 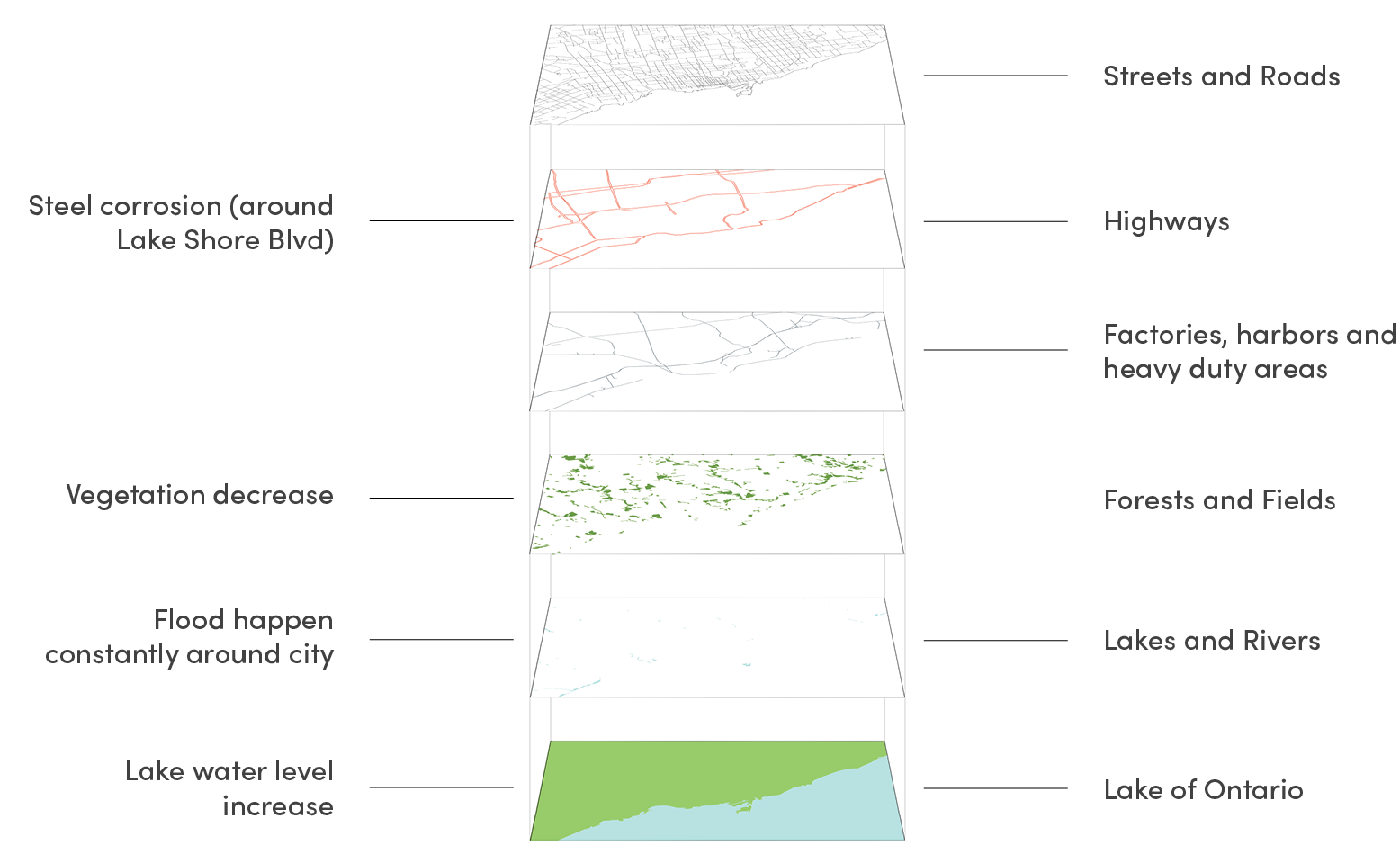 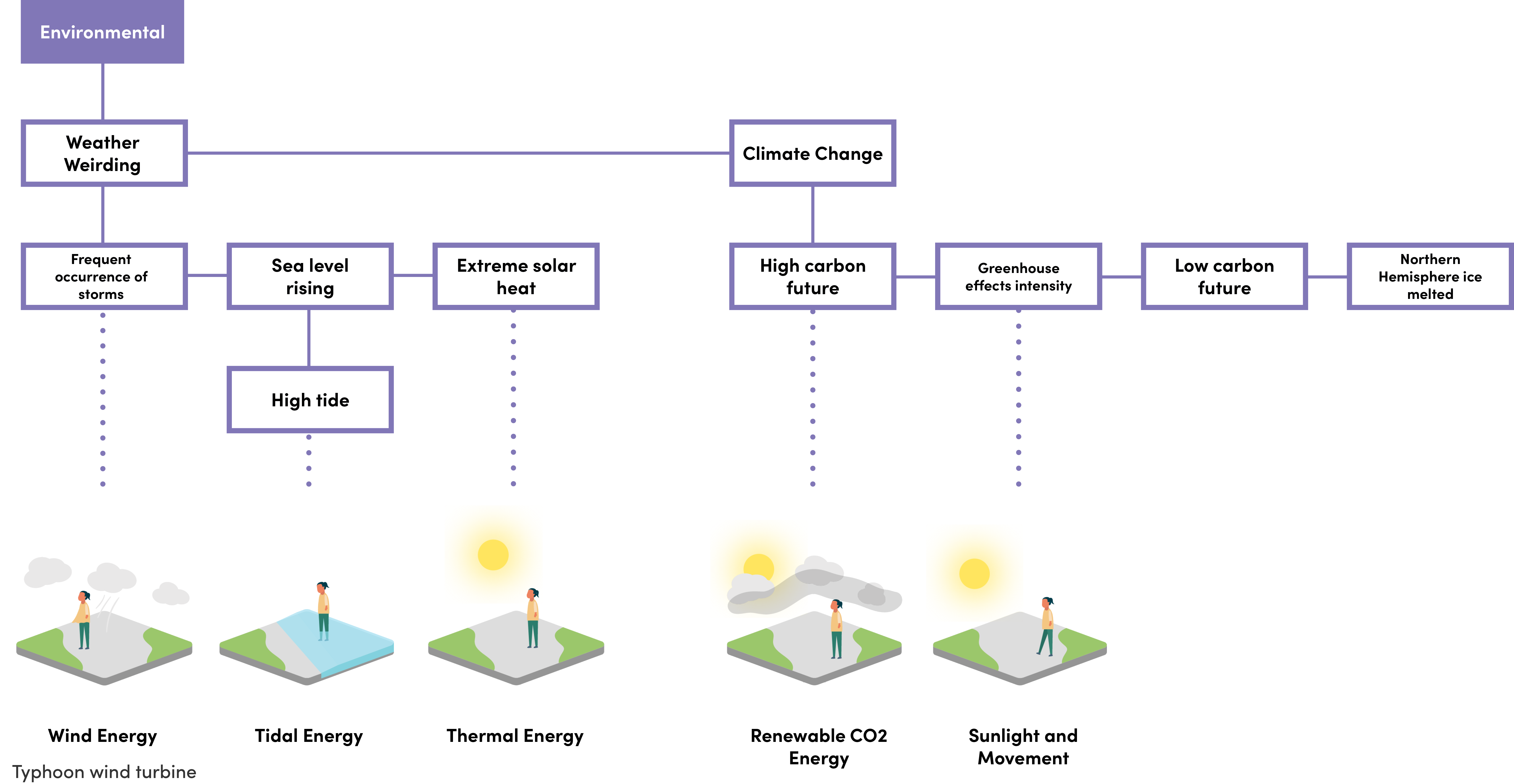 We pinpointed different weather conditions that can be applied to specific renewable energy appliances. Along with our terrain study based on Toronto, we chose solar energy as the primary source for energy generation with perovskite solar cell panels. 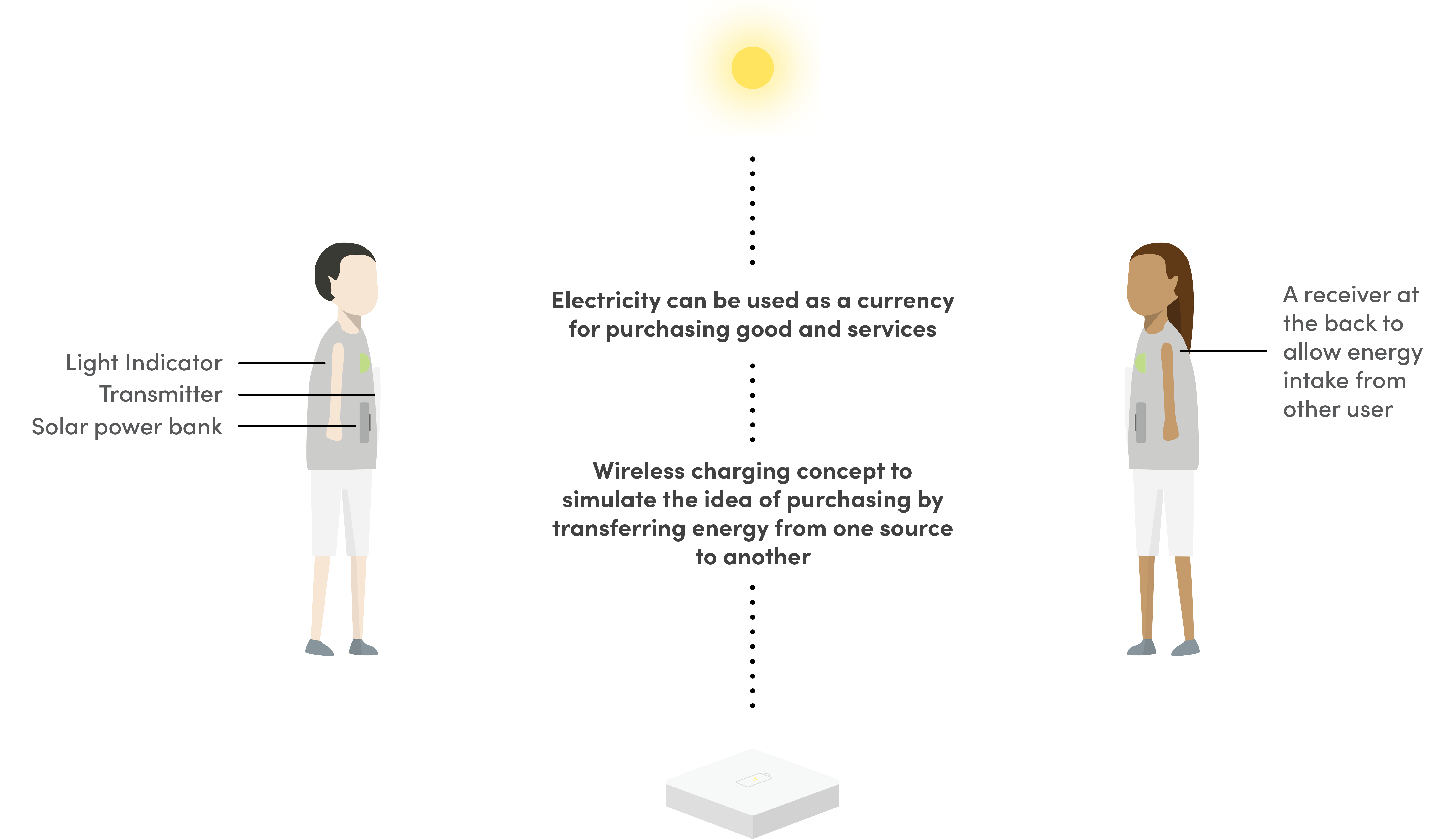 Narrative background generated based on the four conditions and research.

It is the year 2088. Weather weirding has become more dangerous and is impacting many places, including Toronto. The people are urged to find a way to sustain themselves in the extreme weather. The city of Toronto is providing people with shelter; however, the most pressing issue concerning the city is that of energy resources, which must be solved for the city to function efficiently. At some point, people find out that it is possible to generate energy by utilizing the extreme weather. They get the idea of replacing monetary currency with energy currency. Therefore, a monetary system is not applicable in this situation, and people can generate energy to make a living by sharing energy they produce with others or by using it to pay for goods. 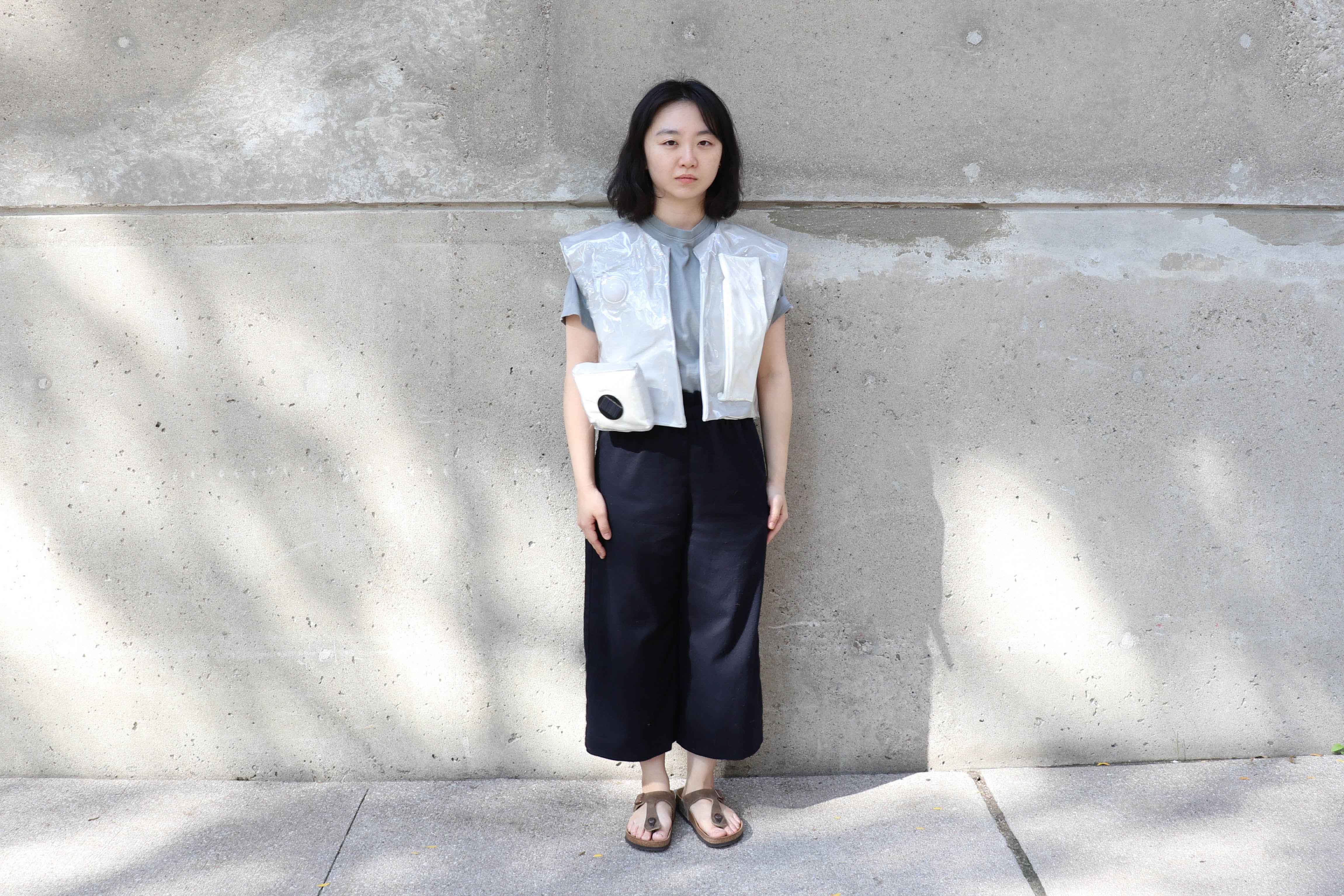 The solar bank is removable, so the user can replace it or charge it multiple times. The energy can be transferred using the transmitter on the front side of the jacket. Additionally, there is a receiver on the back of the jacket that allows the user to receive energy from others. 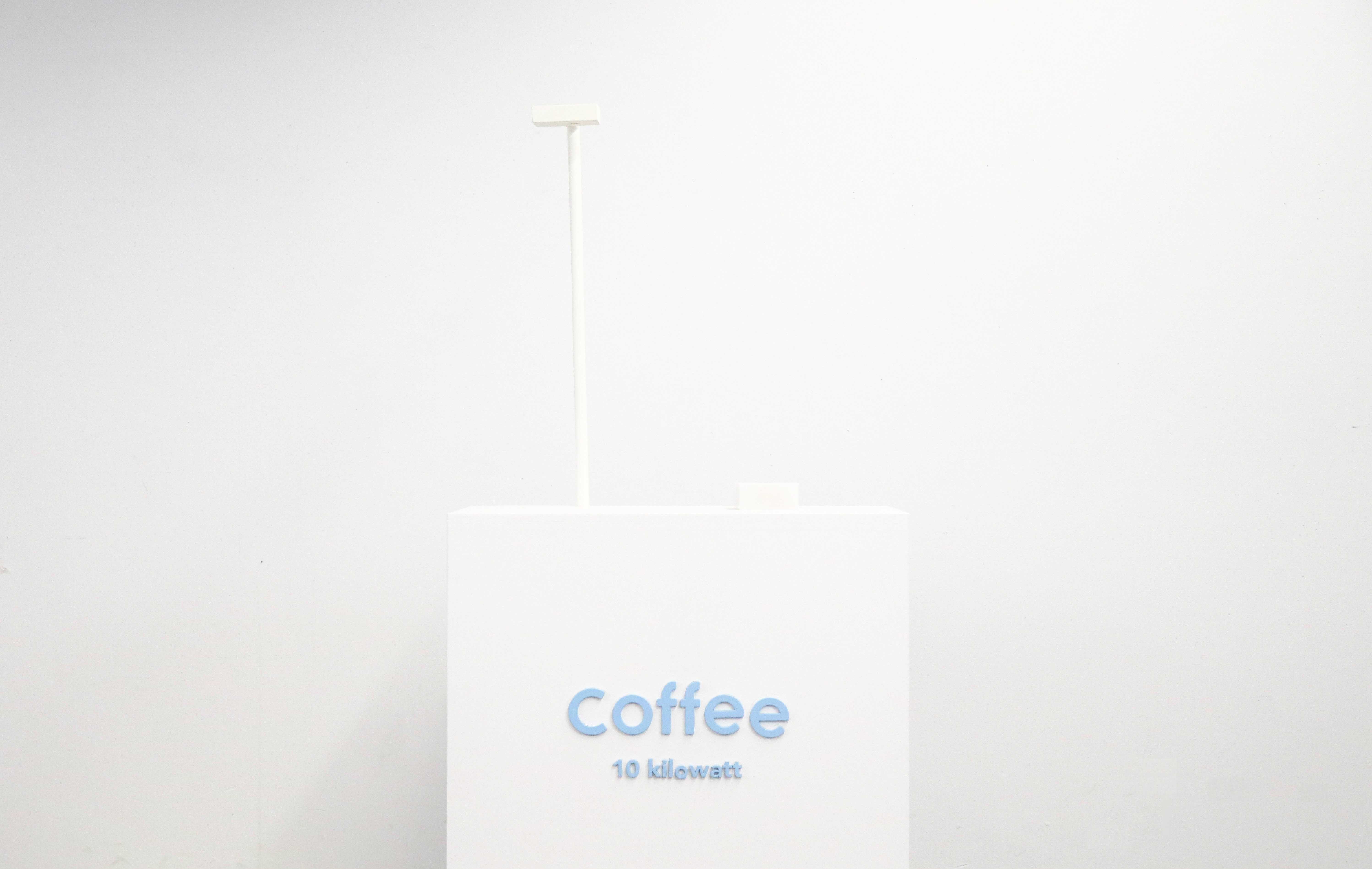 During the presentation, we built a demo system to show the audience how the energy currency works. To create a closer connection with the audience, we wrote a short story that showcased our idea and acted it out. 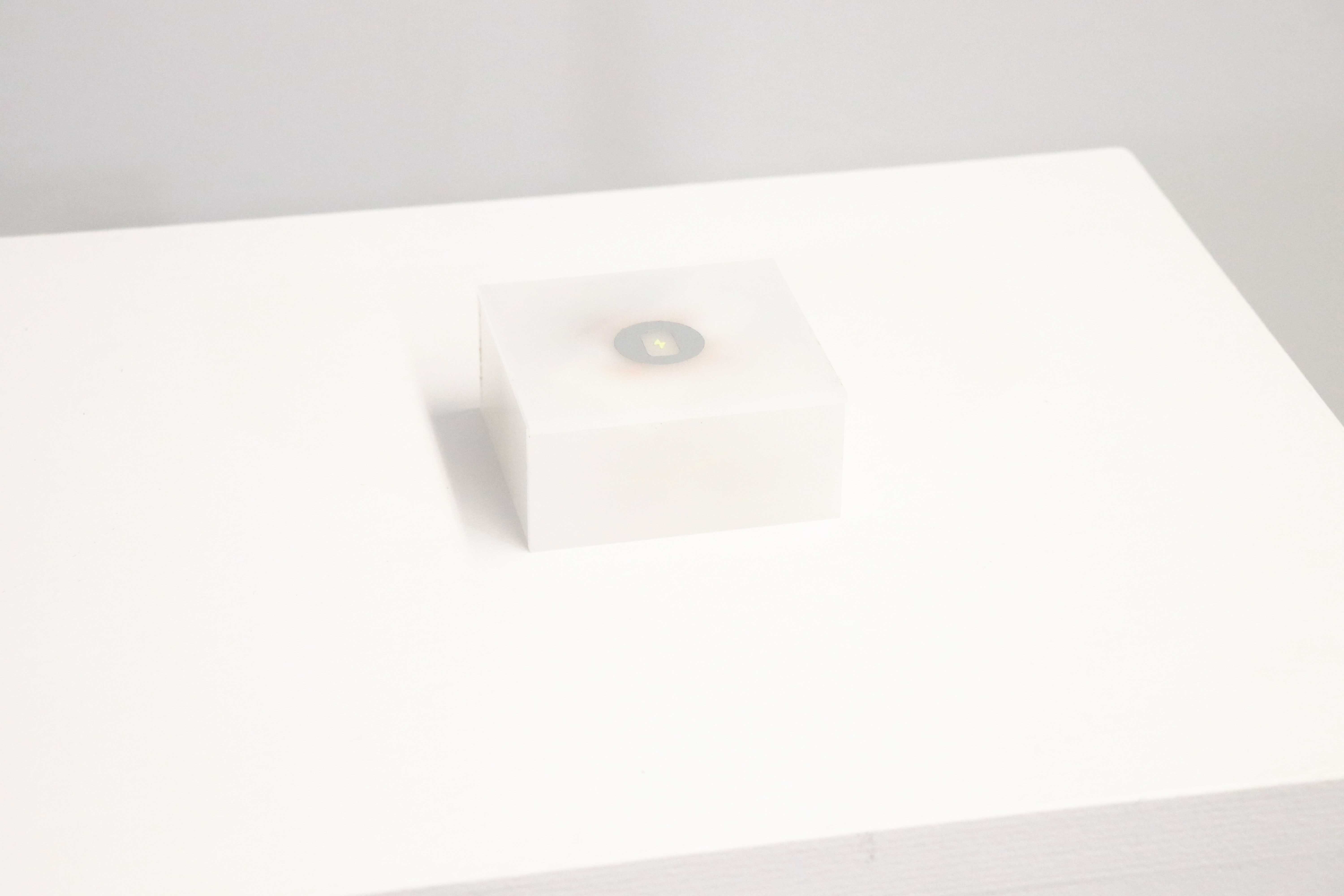 The coffee place smells as great as usual, the aroma letting me temporarily escape this harsh world. I remember my grandfather telling me about the world he lived in before. It was once a pleasant place, but suddenly, everything changed. “Here is your coffee. Your total will be 10 kilowatts!” I grab my coffee from Spadina refuge and continue heading toward King West shelter. 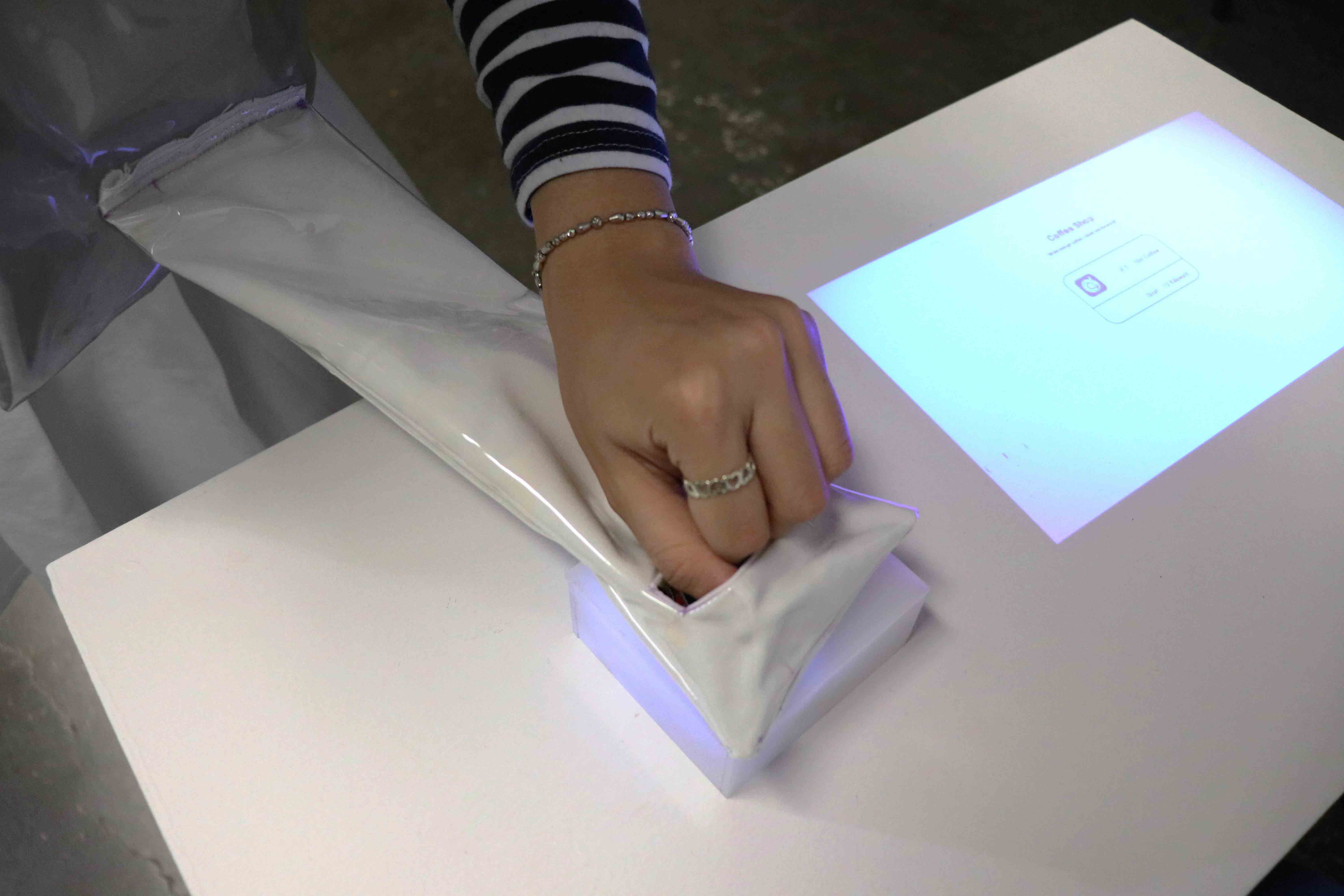 1. “How Far Can Technology Go to Stave Off Climate Change?”, Biello, D., https://e360.yale.edu/features/how_far_can_technology_go_to_stave_off_climate_change, 18 January, 2017.
2. “Climate Flatlands.”, https://www.meteoblue.com/en/weather/forecast/modelclimate/flatlands_united-states-of-america_5117388?fbclid=IwAR204_pFSGm2FTUfrLSdtl5tlK-Q3eH4ok9ge65pJ2neLYvFlP9JIiEIhY8
3. “This New Material Can Turn Sunlight, Heat, And Movement Into Electricity - All at Once.”, Crew, B., https://www.sciencealert.com/this-new-material-can-turn-sunlight-heat-and-movement-into-electricity-all-at-once, 10 February, 2017.
4. “Most cities too hot to host 2088 summer Olympics.”, Gaind, N., https://www.nature.com/news/most-cities-too-hot-to-host-2088-summer-olympics-1.20503, 31 August, 2016
5. “Climate Change First Became News 30 Years Ago. Why Haven’t We Fixed It?”, Revkin, A., https://www.nationalgeographic.com/magazine/2018/07/embark-essay-climate-change-pollution-revkin/, 18 October, 2018